If you are interested in placing a wager on any League of Legends game please read our guide below which will inform you about the different types of bets you can place on the game. The games are very fast paced and exciting to watch. Placing a bet on a game will allow you to watch the game stream live via your bookmakers website. This will show you how your bet is getting on and whether you are likely to win by how your selected bet is getting on.

The simplest bet there is, simply choose who you think is going to win the match. There are two teams in each game and you simply need to choose which team you think are going to win, there is no possibility of a draw as one team must win.

This bet is usually in a competition when there is more than one game to determine the winner i.e. the first team to achieve 3 wins, wins the competition. In this bet there are many combinations of outcomes such as 3-1 or 2-3, it depends on how many games must be won in order to determine the winner. The risks are higher in this kind of betting mode but the odds are higher therefore so are the profits when you win.

You may need to read this one again as it may seem quite complicated at first but once you understand the concept of handicap esports betting it will all become very simple. In essence you are just picking the match winner but with an added twist as the team you are betting on also has an amount of wins added or subtracted to the score line.

Example: In a game there are two teams: Team A and Team B. If you think Team A will win you make a +1.5 handicap bet on them. This means that if Team A wins the competition 2-1 or 2-0 you win the bet. If they only win a single game you still win because the handicap adds 1.5 to Team A’s score (i.e. 1 + 1.5 = 2.5 which rounds to 3 which is the score required to win the competition. The only time you would not win the bet is when Team B beats Team A by 3-0 (i.e. Team B wins 3 games and Team A doesn’t win a single game).

League of Legends – Kills In A Round Bets

This one is very simple and there are several variations of this bet. You could put a bet on Team A reaching 10 Champion kills before Team B. Another variation is to bet on a team to see if they can achieve over 22.5 Champion kills in a match before the ‘Nexus Obelisk’ is destroyed or the game ends.

The latest League of Legends odds will appear here shortly.

League of Legends (simply known as League or by the acronym LOL) is a free PC/Mac multiplayer online game developed by Riot Games. It is a team orientated strategy game and is known as a Multiplayer Online Battle Arena game (MOBA) whereby there are two teams which have to play against each other in the ‘Summoner’s Rift’ map in order to win the game.

The objective of the game is to demolish the other team’s Nexus Obelisk which is located at the other side of the map at the base of the enemy’s fountain (team spawn). In order to destroy the enemy’s Nexus Obelisk you must travel up one of three lanes to get to the enemy’s fountain. Each lane is guarded by turrets that try to hurt your Champion, the only way past them is with the help of Minions. These Minions are controlled by the computer and take the damage whilst you damage and destroy the turrets.

At the start of the game there are two teams, each with five players where each player has to select and control an individual character known as a Champion. Each Champion has a set of distinctive powers/abilities that increase in strength over the period of the match. Champions get stronger by levelling up (gaining XP by being in the region where enemy players die) or by buying items from the shop (gold is used in the shop and can be gained by killing enemy players during the game). Level 6 is the highest level a Champion can get and at level 6 their ultimate ability is unlocked (their special power).

How do I play League of Legends?

League of Legends is free to play. You need to have a PC / Mac in order to play as it is not available to play on consoles. You can download the game from steam. Try out different Champions to see which one you like.

Can you level up in League of Legends?

Yes there are nine different levels or ranks in the game. They are Iron, Bronze, Silver, Gold, Platinum, Master, Grandmaster and Challenger. Playing well will increase you level.

Can you find a team and play competitively?

Yes, firstly get to at least Silver level as you will be taken more seriously but this is not essential. Then use a subreddit to reach out to other players in order to form a team.

How to watch League of Legends tournaments live?

There are three main ways to watch live games. 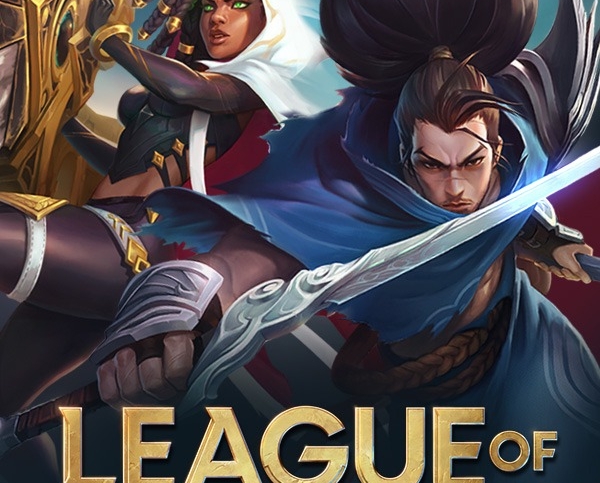